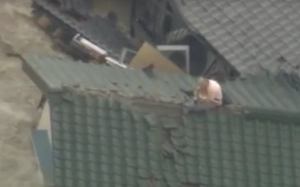 Japan (MNN) — The aftermath of unexpected flooding in eastern Japan is revealing shock and trauma.

A one-two punch by Typhoon Goni and Tropical Storm 18 (Etau) forced the evacuation of more than 100,000 people and left large parts of one town submerged. Asian Access missional partner Sterling Miller explains, “It’s been a really harsh summer here in Japan. We’ve had the longest stretch of continued heat in Tokyo in the last 100 years. There’s been about two weeks of persistent rain.”

The heavy rain also caused additional leaks of radioactive water at the stricken Fukushima Daiichi nuclear power plant. The damage has triggered unpleasant memories. “It’s pretty eerie to see the helicopters lifting aunts and uncles away from houses, levies breaking and towns being washed away,” he says, adding, “More traumatically, four and a half years ago–almost to the day–where the triple disaster of 3/11 hit, many of those same towns are undergoing landslides, water, and flooding damage.”

The triple disaster Miller refers to is the combination of earthquake, tsunami, and nuclear crisis that hit the Fukushima area. In the time since then, some homes have been rebuilt, although many hundreds are still shelter in temporary housing, which is why so many were displaced. Emergency responders are already gathering. Miller says mobilizing an aid response will be quick. “The strength of Asian Access is that they already have a friendship, they already have a community that is allowed to come together so that international workers or NGOs can come work side-by-side with the local church. I think that’s where our prayers are tonight.” 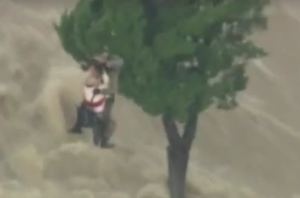 Floods move earth and create landslides–an ever-present danger in Japan–where many smaller communities live on or close to mountains. The government ordered the evacuation of tens of thousands of people across the country. Miller says the local church is already moving to meet physical and emotional needs in the affected communities. “They have an ongoing relationship and the trust that’s been able to be developed over the last four years of bringing relief to Japan I think that allows us to get the people’s support, their prayers, to the victims in a timely manner.” 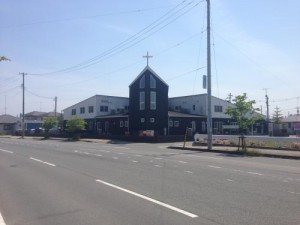 Funds are needed, Miller admits, but so is prayer. “Just by reaching out in simple prayers tonight as you gather for your meal, you can think about the people that are in temporary housing units–whether it’s from the triple disaster or having their own homes wiped away from the most recent rain storms. Please pray for them.” To have a community of believers and a support system allows a small, local church to do more than their capacity. It really shows the compassion of Christ, says Miller. ”We generally see that 99% of Japan doesn’t know who Jesus is, or doesn’t recognize themselves as ‘Christian,’ So any time that we go out and serve as compassionate hands of Jesus and serving in disaster zones, or even just coming together alongside a local church, we get to serve unreached people groups.”

How to Pray for Japan following this storm...

Listen to the audio broadcast (story starts at 0:24)