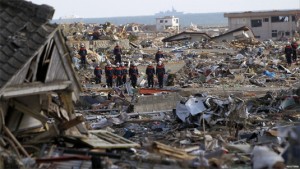 Japan (MNN) — Four years after the worst peacetime disaster to strike Japan, there are still some injuries and scars that are fresh.

In 2011, a 9.0 magnitude undersea quake struck Japan, triggering a massive tsunami off the Central and Northeast side of the island nation. Within moments, walls of water erased whole towns in the Tohoku region. The force of the tsunami damaged nuclear reactors and set in motion a catastrophic meltdown in Fukushima. That kind of damage can’t happen and be fixed in months: it will take years for those wounds to heal.

The anniversary comes at a time when post-quake reconstruction in hard-hit Iwate, Miyagi, and Fukushima prefectures remains incomplete. Japanese Prime Minister Shinzo Abe promised a five-year reconstruction plan for the areas still devastated by the disaster.

However, Takeshi Takazawa with Asian Access says, “A sobering reality is: 230,000 people are still displaced or evacuated from a disaster-hit area.” It also means “all the debris has been cleaned up, but the government has been quite slow in re-developing the infrastructure of this area. Another reason is the radiation contamination.” 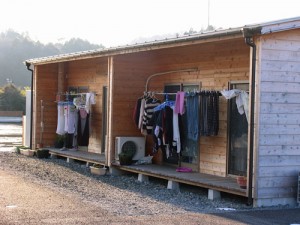 Contamination in the nuclear zone means that “out of 230,000, 120,000 are from the Fukushima area. Most likely those people will not be able to go back to their home permanently during their lifetime,” says Takazawa. That realization is devastating. Loss of community in a people built on the concept of community is shattering.

At the same time, it is a time to begin healing and rebuilding with purpose. A2 mobilized a team: half of their missionaries moved to the disaster area. Takazawa says the ministry raised money for humanitarian aid and sent it to local pastors, for this purpose: “All the church got together in unity and tangibly showed people the love of Jesus Christ–not just the relief goods or cleanup of the disaster-hit area, but really coming alongside people and recreating the community.” The hope they brought to the people was incredible. Many have found new life in Christ. For those who haven’t yet, they recognize something very different. 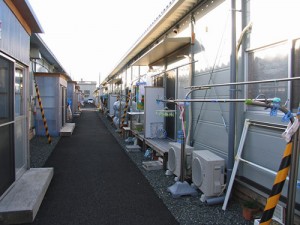 Not only did his observation reveal how many different ways A2 was helping to rebuild community, but also that A2’s workers were genuine in what they had to share. “They need to feel tangibly that somebody cared enough to sit with you, listen to you, come alongside of you–and that’s the key component. Then God gives the opportunity to share who Jesus is in that relationship.”

Long after everyone else packed up and left, it’s been the Church and groups like A2 who are there for the long haul, helping to salve wounds, bringing hope for healing. “Continue to remember and pray for the people to really sense the hope that is in Christ Jesus,” Takazawa asks, adding that if you know Japanese nationals, be sure to let them share their stories and pray with them. It’s one way to heal old wounds, friend to friend. Learn more about this at http://go2japan.org.

Listen to the broadcast (story stars at 2:35)