Prayer is needed as the nation continues to heal 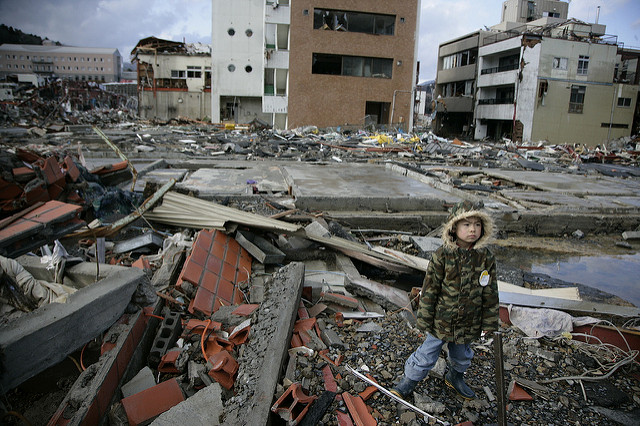 Japan (MNN) – Seven years ago on the afternoon of March 11, a massive earthquake shifted Japan’s Honshu island by several feet. The moving earth resulted in a series of tsunamis, the first of which struck the Fukushima nuclear power plant at a height of 45 ft, knocking out its backup generators. Three of the six reactors exploded because the cooling systems stopped functioning.

Many people died in what’s known as Japan’s Triple Disaster, also called 3/11. Hundreds of thousands of people had to flee home. The tsunami had the greatest and farthest-reaching impact of the three elements of this disaster.

In many ways, the nation is still struggling to recover. For instance, after years of intensive but slow rebuilding, governments of disaster-struck regions are having a hard time getting displaced populations to move home, meaning the viability of the towns is uncertain. The fact is, seven years was too long for many families to wait before pulling their lives back together. Many of them rebuilt homes outside the cities. 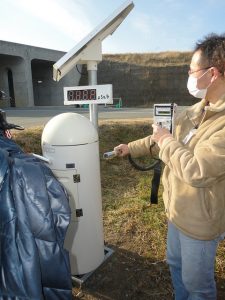 Others have remained in reconstruction housing. The majority of these individuals are elderly. The lack of community and their failing health means people are dying in their houses without anyone knowing. According to The Japan News, 231 people have died alone in this temporary housing since 2011.

Meanwhile, radiation poisoning in Fukushima is still an ongoing concern. But that isn’t the only concern remaining after all these years. People affected by the disaster have also passed away from suicide, and for some people, hope has not returned.

But after all these years, people on the outside have largely forgotten. Takeshi Takazawa of Asian Access says, “Media coverage within Japan has been decreasing significantly. And so, until March comes, around this time, many of the people do not see the media coverage or remember the disaster.”

Despite all this, there is a story of healing to tell.

Despite the prevailing challenges, the rebuilding process has also turned a corner. Takazawa says, “Many of you remember the earthquake number one, second tsunami, and [thirdly the] nuclear power plant explosion. And, [the] first two has been recovered physically pretty much. Most of the area damaged through the tsunami and then earthquake—if you go there today you cannot see the devastated stage that we could see in the first five years.”

And despite Fukushima’s remaining radiation issues, a local fishery was just recently able to send its first shipment of fish to Thailand since the disaster.

And while hope is hard to come by for some, the Church has been active since the beginning, sharing a message of hope that surpasses despair.

Takazawa says they’ve seen a spiritual awakening and that the disaster was a catalyst to get Christians involved in ministering to the people who lived in these areas.

“The triple disaster revealed the crisis and the challenge and the needs and the spiritual death real to the Church. So we responded tangibly for a good way to the community where there wasn’t any church. So, people could see the Church and the love of Jesus Christ in the tangible way.” 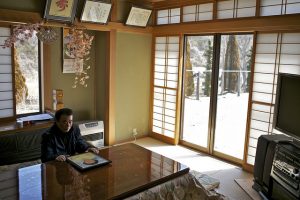 He believes that before this time, most of the people living here had no idea what a church was, or who Christians were. But now, these people know the Church as those who haven’t left them to fend for themselves.

“Even though [much] of humanitarian relief work has disappeared, the local church has been continuing to visit those reconstructed houses and the people in need.”

Since this time, Sue Takamoto of Asian Access has helped start the Nozomi Project which helps women establish a sustainable income by creating jewelry from broken pottery found after the disaster. But the ministry doesn’t stop there. The Church has some pretty incredible goals for church planting.

They would like to see as many churches across Japan as there are convenience stores—that’s 50,000 churches! Takazawa says the vision is to have a church in every community where people in need can go to for help.

It’s an exciting goal. And there seems to be great receptivity to the idea in the disaster-struck areas. According to Takazawa, the people living here are three times more receptive to the Gospel than the rest of Japan. They have seen the reality of God’s love through the Church serving them.

Another good thing that has come out of this tragedy is the realization of how crucial it is for Christians to work together. Asian Access has established a partnership with SIM.

“Partnership is a key through disasters. As Jesus really prayed before he [ascended] to heaven, he prayed that we will be one, just as the Triune God—three in one. We would become one. So, the mission of God is done by a community which is one community, not scattered, doing separate things. Uniquely different, but we’re all one.”

This partnership will help increase the workers going to Japan from North America, other parts of Asia, and Europe.

Will you respond to this story of good and bad through prayer?

“Please, as you pray for Japan and the people, we are still 99 percent of our people don’t know Christ. We are known as the second largest unreached people group. There’s a tremendous need. God says [the] harvest is plentiful, but workers are few. Pray that God would raise more workers within Japan and from the world because we are one Body in the global Church.”

Also, pray for unity in this mission to reach the lost. Takazawa reminds us that when the Church works together in unity, God is honored and glorified.

Finally, he says, “You are already sent. You are [a] missionary where you are. So, as you pray for Japan, think about you as a missionary sent to where you are—schools or communities or companies—you’re sent there so let’s continue to work together in prayer.”