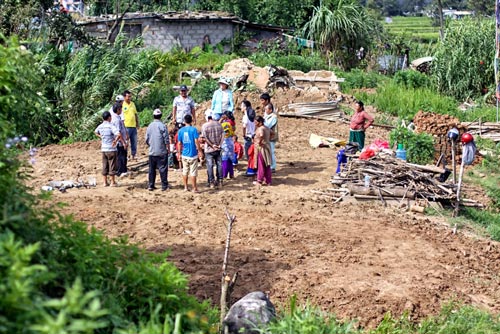 "If you give the driver chocolate, he will drive you wherever you need to go."

This joke didn't actually come from our taxi driver, but from a successful pastor who has been a part of planting over 300 churches, starting multiple children's homes, and having a voice in the creation of Nepal’s new constitution that will protect religious freedom of minority groups. Last week I had the privilege of serving alongside this pastor and his colleagues with three of my Japanese friends. 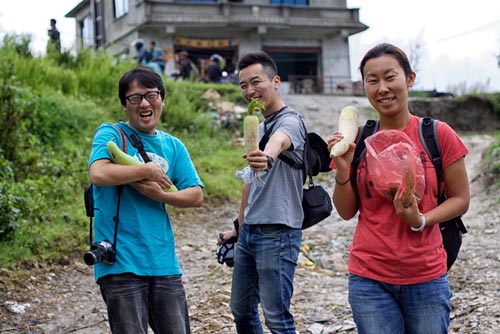 Following the 3.11 (3/11/2011) disaster in northeast Japan, volunteers and relief came from all over the world to bring help. God has been redeeming the pain and suffering to cause growth in the church in Japan. When Nepal was devastated by an earthquake in April 2015, it caught the attention of believers throughout Japan. Having been the recipient the last few years, many churches gave generously and sacrificially to help Nepal. Within Asian Access, we began to discuss if we could help facilitate a group going directly from the area impacted by the tsunami to serve our brothers and sisters in Nepal.

Giving Back to Nepal

Last week was a national holiday in Japan, which allowed us to go for a quick trip with four work days. The first two were spent cleaning up debris around a children's home on the outskirts of Kathmandu. Repairs on the main building are progressing, and they hope to be able to move the children back into their home within a month. It was satisfying to look at the yard at the end of our second day and see that children would soon be able to play there again. As we left, hugs and tears were exchanged between a team member and a girl she had grown close to over our few days together. 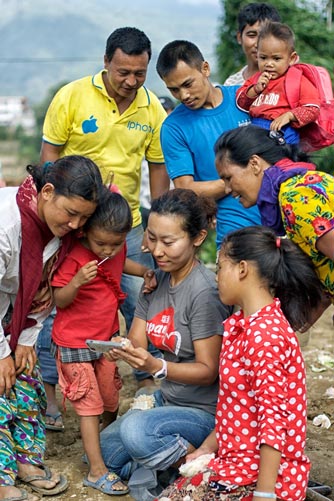 On our third and fourth days, we went to a village on the top of a hill that had received minimal help since the disaster. Although around 150 people had lived there before the earthquake, only a handful remained. Homes were still sitting where they had collapsed. We learned that nine people had been killed including a child who was in Sunday school at the time. 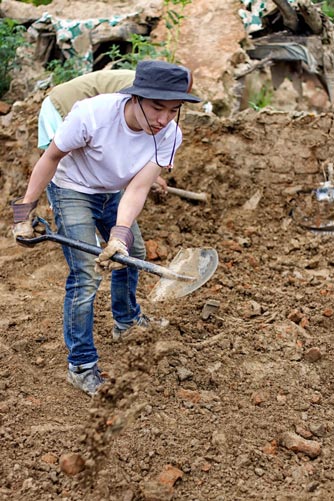 Over two days, the team helped clear the land where six homes had stood. The work involved digging through mud and clay to remove supports, staircases, and other materials that had once made up the homes. We then flattened the remaining soil so that the residents—Hindus, Christians, and Buddhists—could begin to rebuild. Although we could communicate very little, there was a warmth communicated through smiles and other gestures as we worked and sweated alongside a few local Christians as well as other residents of the community. 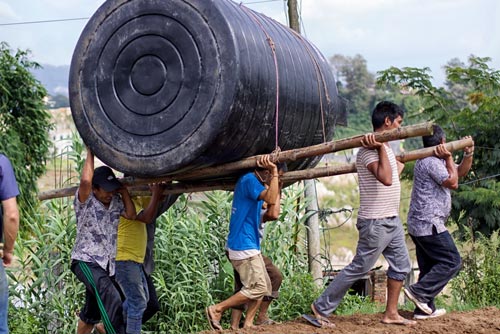 On our final work day, a 3,000 liter tank arrived that will supply water to the village in the future. Residents currently have to carry water up from the river below. Our partners are committed to continuing to help meet the spiritual and physical needs of this community. 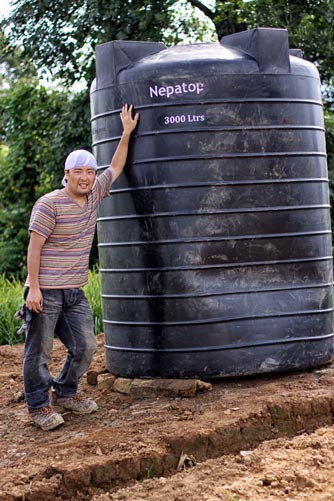 "How can we apply what we have learned this week to our context in Japan?" 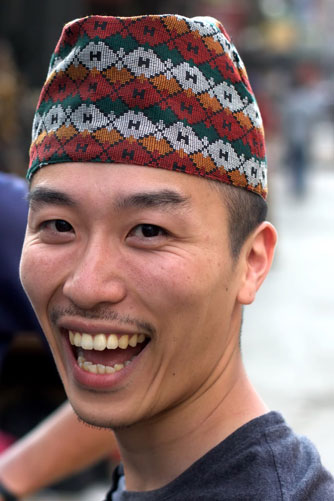 This was one of the themes for our team during our time in Japan. While we were in Nepal to help with an immediate physical need, we also wanted to learn from our Nepali brothers and sisters. In a time of political unrest and following a natural disaster, they are still seeing people steadily place their faith in Christ. We were challenged by how the church is engaged in multiple levels of society as they strive to see the Kingdom of God come to this mountain kingdom. With limited resources, they are aggressively and compassionately reaching out to their nation.

Although back in Japan now, all four of us desire to return to Nepal. It is exciting to see how Christians from multiple countries, languages, and cultures can come together for mutually beneficial trips like this. It’s my prayer that this relationship continues and that the churches of both Japan and this beautiful mountain country will be blessed through their interactions.