Looking Back on Ten Years: Finding Beauty in Brokenness 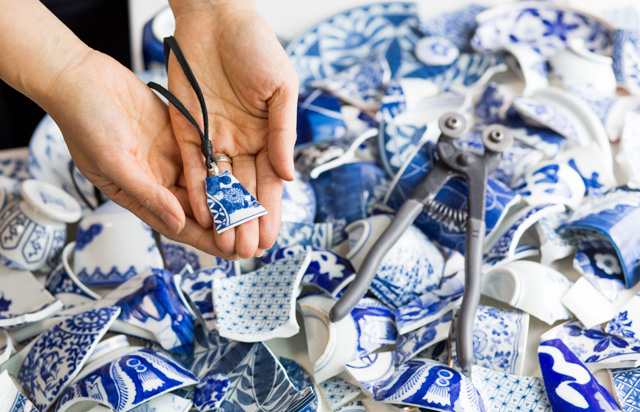 Reflections on the 10-Year Remembrance of Japan’s Triple Disaster

There is beauty in brokenness. This is a message that we all need to hear right now. 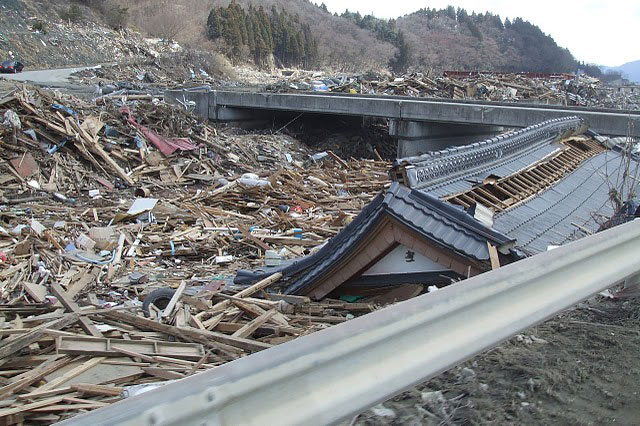 On March 11, 2011, an unfathomable and unpredicted earthquake and tsunami ripped across the eastern Tohoku region of Japan. While locals knew there was always a risk of tsunamis in much of the region, no one thought it was possible for one of such magnitude and velocity. And it did the unimaginable.

Even though it has now been ten years, Japan isn’t finished with the aftermath. The Tohoku earthquake was huge, measuring a 9.0 on the Richter Scale and the ensuing tsunami caused death and destruction on a scale never seen before, including the meltdown at the Fukushima nuclear power plant. There were nearly 16,000 confirmed deaths and over 2,500 people missing. With 120,000 buildings collapsed, and nearly a quarter million buildings half-collapsed, the total economic loss is estimated to be in the neighborhood of $235 billion.

Finding a Way to Bring Hope

In the year following the 2011 disaster, our family and others made the decision to move from other parts of Japan to Ishinomaki, one of the cities most devasted by the tsunami. Recognizing the great need for employment and community among the women we were meeting in our new neighborhoods, we started gathering together. We began exploring and experimenting with ways to create something from the pieces of broken pottery that had been left everywhere in the wake of the tsunami. 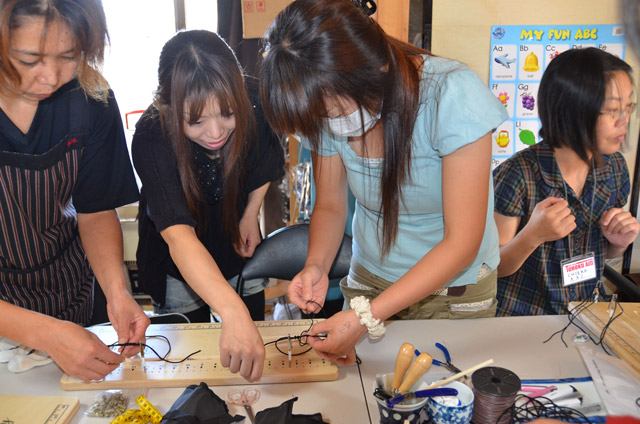 On October 2, 2012, we officially started the Nozomi Project. Nozomi is the Japanese word for hope, and this is something that was desperately needed here! We started paying women hourly to learn the trade of grinding broken pottery and making jewelry. I remember the sense of elation we all felt when we had our first online sales! People from different parts of the world were buying hope-filled, hope-produced products made from the devastation of the disaster. But more importantly, these women were finding meaning and dignity in transforming things that were very broken into something beautiful.

Ten years later, and most of the physical evidence of the disaster cannot be seen with our eyes anymore. There are new seawalls and roads and bridges and temporary homes that have changed the landscape. Yet like with other tragedies, we know that the pain does not just disappear; the loss and brokenness, while perhaps not as obvious, still remain.

During the first few years of business, my teammates would share how emotionally difficult it was to handle these broken pieces of pottery that represented shattered families and hopes. But as they would cut and grind and shape and transform each item into something new – a necklace; a keychain; a set of earrings – they would find fulfillment, even joy:

“Every piece of shard is unique, just like each of our staff. We can’t see how we are changing, but we are healed by the process of making a shard into jewelry.” 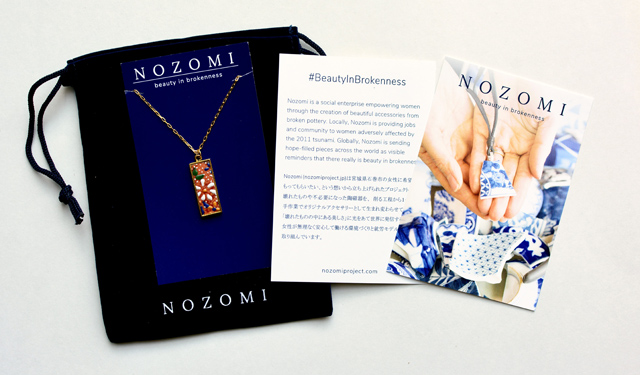 Making Something New from Brokenness

Our tagline for Nozomi Project is beauty in brokenness. The beauty in each of the Nozomi products is in the brokenness, in the process of being transformed. Brokenness is not just found in tsunami zones and upcycled pottery, but it is found in everyone. I dare say it is woven inside each one of us. Perhaps the biggest challenge in our lives is not hiding our brokenness, as we all get so good at doing, but allowing it to intentionally become part of us. Finding the beauty in our places of brokenness.

Our youngest son, Ian, walks home every day from the local elementary school along a road that ten years ago had been covered by rubble and dark tsunami waters. While the roads have been repaired, houses renovated and new sidewalks installed, there are afternoons when Ian comes running into the house with a handful of broken pottery that he found on his walk home from school. He will run to me with his dirty fingers clutching these broken shards and exclaim, “Mommy! I found jewelry!” 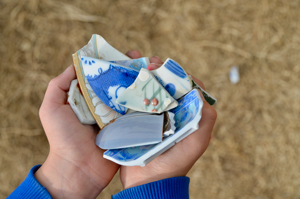 
My son has that eye. That eye, like our Creator, that can already imagine the beauty in the brokenness – that recognizes something that will be. As we remember the disaster a decade ago, during this unforgettable season of a worldwide pandemic, we can learn to look for the beauty in the broken. We can seek creative solutions. We can bring long-term perspective to those around us. And we can forge unforgettable partnerships that will make the difference in our lives, and in those around us.

Because there really is beauty in brokenness.

Sue Plumb Takamoto, Ph.D., the founder/director of Nozomi Project, and her husband Eric are global workers with Asian Access. They have adopted their four children while living in Japan and are part of a church-planting team in Ishinomaki called Be One. Sue loves outings to the beautiful Miyagi prefecture coast, and can’t wait for warmer weather to continue their new paddle-board interest.