The Most Memorable Gift I Could Have Given 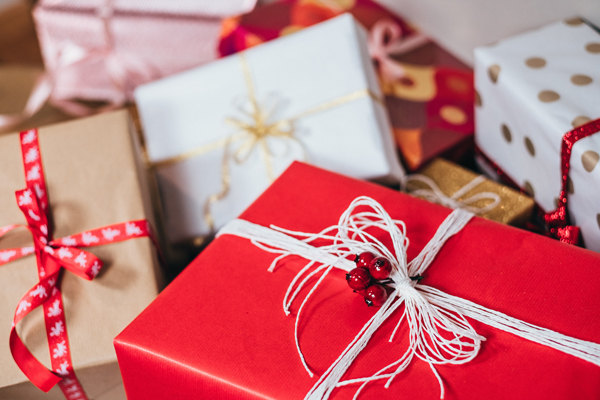 My wife Sue’s birthday was fast approaching, and try as I may, I couldn’t think of a memorable present that she needed, that I could buy for her. We had been married for forty years and memorable presents were now more difficult than ever to find.

However, in the process, the word "memory" would not leave me and then it came to me; why not buy Sue a memory. After all, you can never wear a memory out, it can never add clutter to your house and you are less likely to forget it. But what kind of memory! Now my thought processes were quite stirred and I started to think of a person that Sue would be delighted to meet over a meal where she could enjoy a memorable conversation.

One of my well-used axioms came to mind as I began to think of “the” person who I could invite to join us for a birthday meal. “Start at the top and work your way down; they might say no, but they could say yes.”

And without too much effort I thought of a distinguished person who impacted Sue during her training as a dental hygienist some 45 years ago. He was a world leader in his specialised field of surgery with groundbreaking innovations and a mentor to many. He had recently achieved the honour of South Australian of the Year, he had been awarded an Order of Australia and he was much in demand as an international speaker.

Now the hard part, to connect with this esteemed man and convince him and his wife to join us unknowns, for a two-hour afternoon tea on Sue’s birthday.

After some searching, I found myself talking to his wife on the phone and explaining my memorable birthday experience idea to her. My spirits lifted when she replied that she would be happy to talk to her husband about the idea and then my spirits turned to great joy when a week later she called back to say that they would look forward to joining us for Sue’s birthday afternoon tea.

For the venue, I chose a seaside hotel, in a dining room with a pleasant view of the ocean. All was set for a memorable moment that would stay with Sue for the rest of her life. However, my faith was sorely tested when I received a call the day before Sue’s birthday with the news that our special guest had come down with an illness that would require him to remain in bed for a few days. Unfortunately, the birthday celebration would need to be deferred. I prayed, and I sensed the Lord said to stand still and wait.

Four hours later, his wife phoned me again and told me how her husband had experienced a most unusual recovery and that if it was possible, could the birthday afternoon tea still proceed? Now I know why the Lord had told me to wait and not do anything.

The next day I took Sue to the seaside hotel and as we were seated at our table, I told her the news that we were having special guests join us and that this was my birthday gift for her.

I will never forget the look on Sue’s face when this lovely couple walked through the door and joined us at our table with the ocean view. Initially, Sue was quite nervous making conversation with such a celebrated dignity, but soon an unforgettable conversation unfolded and a rich memory was created. I can remember that Sue had trouble sleeping that night.

Interestingly, Jesus, when He shared His last meal with His disciples, on the night He was betrayed, wanted to create a practice that would serve as a memory to them of His love for them forever.

“The Lord Jesus, on the night He was betrayed, took bread and when He had given thanks, He broke it and said, ‘This is my body, which is for you; do this in REMEMBRANCE of me!’ In the same way after supper He took the cup, saying, ‘This cup is the new covenant in my blood; do this, whenever you drink it, in REMEMBRANCE of me!’” 1 Corinthians 11:23-26

The most memorable gift I could ever have given Sue for her birthday was an unforgettable memory. And the memory was created with newfound friends over a simple meal. And so it was with Jesus as He shared His last meal with His friends. Can I suggest to you that one of the greatest things you can do as you walk through life is to leave a trail of unforgettable memories that will enrich the lives of those you meet along the way, especially those nearest and dearest to you?

ABOUT THE AUTHOR: Rod Denton has served as a pastor and as a teacher in the development of emerging leaders in Australia and 9 different countries across Asia with Asian Access. He now serves as a consultant for Rod Denton Equipping The Next Generation. Rod also serves part-time as the Mission's Resource Consultant with the Salvation Army. More information: www.roddentoneng.com.au