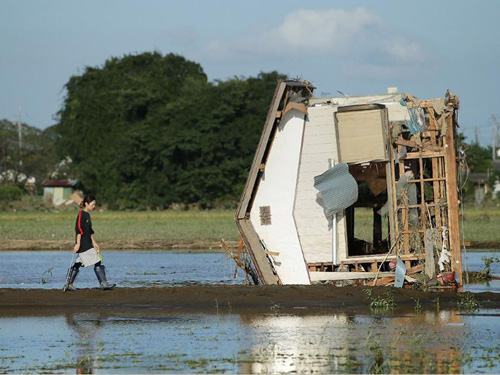 According to The Weather Channel:

Pray for Japan following the Tropical Storm Etau which pounded Japan's eastern coastline this past weekend. These are things to remember in prayer:

1. Pray for our partner local churches in all the places Etau has hit. These churches, pastors and church members are consistently serving the disaster area. Asian Access' role is to help empower these local churches to minister effectively to their own communities.

2. Pray for people in Fukushima.

One of the areas Etau hit hard was Fukushima, site of the nuclear reactor damaged in 2011 by the tsunami. Decontamination efforts are continuing and water has been put into sealed containers, so that no more radiation leakage would occur. In spite of the effort, there are about 70,000 people still not been able to go back home. There is still a strong focus on ministering to those people still living in temporary housing. Asian Access is coming along side churches there to continue to minister to those who are desperately need Jesus.